skip to main | skip to sidebar

In 2006 a group of artists requested that the St. Augustine City revise two ordinances that were in violation of their civil rights. No response was made other than having the police stop a December 15 protest and begin a series of harassing citations over the next five months (never went to court) One artist was arrested and jailed for two days for showing tapestry.

Below is our draft of a U.S.Constitutionally viable code for visual artists to display on public property. Last year's draft (the one ignored) restricted artist to a half block of St. George St.We no longer feel that we can restrict the first amendment in such a fashion. We will display on the whole five blocks.
at 3:48 PM No comments:

Sec. 22-6. Prohibition of sale of merchandise and services on public property within historic preservation districts HP-2 and HP-3.

(a) It is unlawful for any person to sell or offer for sale, compensation or donation, or rent or offer for rent, goods, wares, merchandise, food stuffs, refreshments, or other kinds of property or services upon the streets, alleys, sidewalks, parks and other public places within historic preservation zoning districts HP-2 and HP-b3, except as otherwise set forth in this section.

(b) The provisions of this section shall not apply to the sale or offer for sale of newspapers, of general circulation. For the purposes of this section, "newspapers of general circulation" means a publication published at regular intervals, primarily for the dissemination of news, intelligence and opinions on recent events or newsworthy items of a general character, and reaching all classes of the public.books, periodicals, pamphlets, items bearing political messages, CD's, DVD's and videos. paintings , photographs, prints and sculpture.

(c) The provisions of this section shall not apply to persons selling or offering to sell goods, wares, merchandise, foodstuffs, refreshments and other kinds of property or services within the Plaza de la Constitucion and the San Marco Special Events Field pursuant to a permit issued by the city manager of the city upon written application and payment of a fee as established by the city manager.

(d) The provisions of subsection (a) of this section shall not be construed as prohibiting the sale or offer for sale of merchandise and foodstuffs on the public sidewalks of an approved parade route or during city-sponsored or permitted special events, including, but not limited to, the Blessing of the Fleet, Fourth of July celebrations and New Year's celebrations. During such celebrations, persons wishing to sell merchandise or foodstuffs during a period no greater than four (4) hours before a scheduled eventand two (2) hours after a scheduled event may apply for a permit to the city manager upon written application and payment of a fee as established by the city manager.

(b) Definitions. The following words, terms and phrases, when used in this article, shall have the meanings ascribed to them in this section, except where the context clearly indicates a different meaning:

(1) Perform or performance means acting, singing, playing musical instruments, pantomime, mime, magic, dancing, juggling, or the sale of visual art and wares, which means drawings or paintings applied to paper, cardboard, canvas, cloth or to other similar medium when such art is applied to the medium through the use of brush, pastel, crayon, pencil, spray or other similar object, and the creation, display and/or sale of crafts made by hand or otherwise.

(2) Prohibited activity means any activity involving the use of fire, aerosol or spray paint.

(4) Street performers means individuals who perform, as defined herein, on the streets of the City of St. Augustine.

(5) Other public areas means public streets, rights-of-way, sidewalks, parks, playgrounds, and all public ways except those portions of the streets and roadways intended for use by vehicular traffic within the city.
(
c) Prohibition. No street performers may perform in a prohibited public area. No street performer may perform a prohibited activity anywhere in the City of St. Augustine.
(
d) Permitted performances. Street performers may perform in all public areas of St. Augustine except that area on St. George Street located between Orange Street to the north and Cathedral Place to the south, and within fifty (50) feet of this section of St. George Street on the intersecting public streets, lanes and thoroughfares.

To: City of St. Augustine Mayor and Commissioners


A group of visual artists who sell their works in the Plaza De La Constitucion petition the elected officials of St. Augustine to consider this proposal .

The alliance of artists involved in this proposal feel that open air visual artists contribute to the cultural ambiance of the City. It is imperative that visual art displays protected by First Amendment Case Law be physically separated from jewelry, crafts, cosmetics and mercantile items.

We choose to prevent the disharmony of five years ago when the visual artist was in a distinct
minority though they had a “bundle of rights” that went unheard in the din of street performers protests. Case Law will indicate that we may display and sell wherever it is permitted that news vendors sell.

It is proposed that:

Visual Artists exhibit and sell in he section of lower St.George St (ending at Cathedral Place).
alongside the Basilica wall and the parking lot wall (Bank of America) facing.

No part of the display may touch any street furniture, wall , trash receptacle or public property. No stand may be placed in front of benches.

No stands may be set up within 5 feet of the corner of St.George and Cathedral.

Wares other than prints, sculpture, originals, photographs and printed material are disallowed and cannot be combined and sold at this location.

Other rules from the Plaza(rev. 8-18-06) may also apply
While it is recognized by our alliance that the City can regulate time, place and manner in the interests of public health and. safety ,we feel that this proposal in no way hinders pedestrian traffic nor has an adverse effect on the aesthetics of historic St. Augustine. This section is the most unobtrusive half block on the entire street. To the contrary, we feel that this “ Artist’s Row” is a cultural addition to the city, particularly on a block that is now lined with panhandlers exercising their own free speech rights.

A first come first served basis is superior to lottery schemes and pre-assigned locations. This is a simple geographic change that does not require the complication of rules. Prints , sculpture, paintings and photographs carry unique and basic First Amendment protections and are readily identifiable.

We are small in number in relation to the resellers and craftspeople (Saturday 11-11-06 had 24
vendors and crafts vs 4 visual artists. It is anticipated that five or six artists will occupy this space at any given time. Since non profit groups ( i.e,The Center For Krishna Consciousness ) are permitted to sell products in this sector, it is precedent that this right also applies to visual artists.

Our alliance of artists are local citizens who share a common respect for the uniqueness and beauty of St. Augustine. It is our contention that we may add to the flavor and European atmosphere of the Ancient City.

We respectfully ask that this request for approval and endorsement be received in the spirit that it is submitted. If a Code change is necessary, we petition the counsel to grant us forbearance of the existing code that we may exercise these rights prior to December 15,2006. 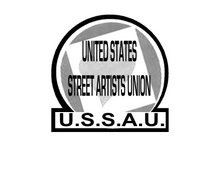